I imagined having a twin as a kid and always being together; sort of like always looking in the mirror only you can interact with it. But in fact, a new study shows that I may have avoided an eating disorder simply by not being a twin or triplet.

A new study out of Sweden shows a link between children from multiple births and anorexia.  In fact, these individuals were 33 percent more likely to develop anorexia later in life. This is a scientifically significant finding, but researchers don’t know why the correlation exists.

I have my theories. (Keep in mind, these are all speculation and I have no evidence to support my claims.)

For those who were born in the ’90s, the fame of Mary-Kate and Ashley Olsen is very familiar.  The twins seemed inseparable, possibly leading to the twin obsession I and all my friends had at the time. They seemed so confident and beautiful and then … Mary-Kate developed anorexia.

I think if you come to the problem like an insecure girl, it is very easy to explain why Mary-Kate developed this illness. It is the same reason they keep their hair different colors. It is to take an identity that would in some way change them enough to where they don’t appear the same.

Photo shoots would have them dress similarly. 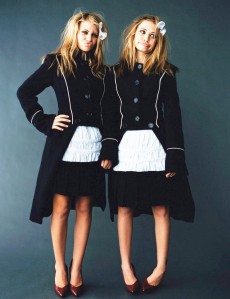 But they dress differently, they do their hair differently and they have different personalities. 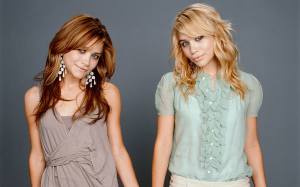 However, the media never saw this. They have been in the limelight since they were very young. This is only slightly different than other twins or triplets. It is always this shocking and fascinating thing when you meet a pair of twins. Instantly you want to know how much is the same and how much is different.

I’m guessing they grew tired of people saying, “Wait, you are Ashley, right?” They wanted their own evident identity. For Mary-Kate, anorexia was a way to channel frustrations while also setting herself apart from her sister. I am not saying this is a healthy way of dealing with your problems nor am I advocating an eating disorder.

What are your thoughts on the article? Why would anorexia be more prevalent in children from multiple births?