Saturday, it was reported that a Malaysia Airlines passenger jet lost contact with the company’s air tower and seemingly vanished into thin air.

227 passengers and 12 crew members were on board and no wreckage has been found after three days of searching. CNN.com did a fantastic job of laying out what we do and do not know at this point about this mysterious incident. 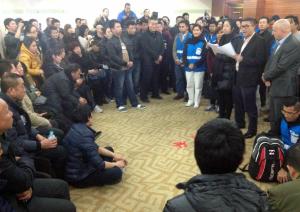 Family of missing passengers listen to a report of what is known about the Malaysian plane.

As was mentioned, it is unclear what caused the plane to go out of contact with the tower. Many are citing possible acts of terrorism due to a lack of a distress call. There is also the mystery of the two men with the stolen passports. Whether or not it is a mistake to link them to the plight of the plane is unclear.

In fact, it seems as though most of the reports will remain unclear if they haven’t found evidence of remains anywhere. Even if they do, not much will be able to be determined without finding the victims as well. The video above talks about flight voice and data recorders that were on the plane. But how long will these devices work if they have been submerged in water?

At this point, they are still calling it a search and rescue, although after a day or two more, it will likely change to a search and recovery effort, according to Mark Rosenker, National Transportation Safety Expert. 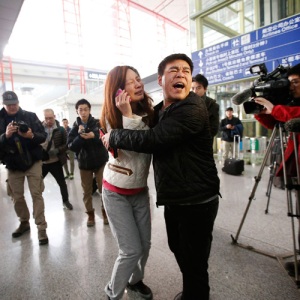 Families react to the news of the missing Boeing 777 plane.

Even more disturbing is the investigations being done by the families of the victims. When cell phone numbers are called, the dial tone goes through. This has led many relatives to become angry that a GPS system hasn’t been utilized. It also would appear that these phones are not under the water as it is supposed.

Though many experts believe the plane turned around when it encountered trouble, they still have not been able to find the aircraft in the 100 nautical mile radius around the site they first lost contact with it. The next logical conclusion would be that the plane is on land.

The investigations surrounding this case are continuing.